Linton is situated on the Springdallah Creek, approximately 34 kms south-west of Ballarat in the Golden Plains Shire, formerly the Shire of Grenville. European settlement in the Linton area dates back to 1839, when Mary and Joseph Linton and their three young daughters arrived in Geelong from Scotland, and, having travelled to the district then known as Wardy Yallock, established a pastoral run, Emu Hill, in the country the local Aborigines called 'Kayjap.' Their run comprised 15,000 acres with a capacity to carry 8000 sheep, comparatively small by local standards, although it extended considerably north and south of the present town of Linton. 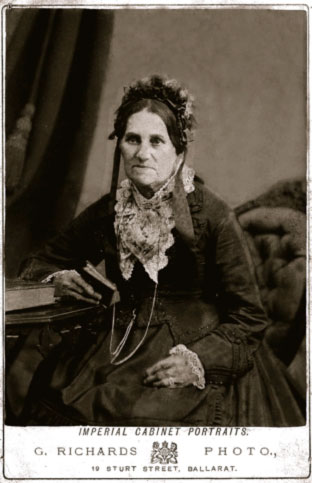 Aboriginal people had inhabited this country for 30-40,000 years, and at the time of the Europeans arrival, it was the Carninje balug clan of the Wathawurrung tribe who lived, as they had done for thousands of years, in the country that is now occupied by Linton. European occupation of their lands irrevocably altered their way of life and their population was greatly reduced, as was the case nationwide.

Gold was discovered on the northern portion of the Emu Hill pastoral run in 1855 and within months, there were hundreds of men and women of many different nationalities there, including many Chinese, digging holes, felling trees, erecting tents, and creating a settlement where before there had just been a forest of eucalypts. This became known as 'Linton's Diggings', which subsequently became 'Old Linton's' when a new township was built on Surface Hill in 1860. This was the beginning of the town we know today as Linton.

Following the building of civic facilities such as a bank, courthouse, post office and churches, as well as hotels and shops, when the Shire of Grenville was proclaimed in February 1864, Linton was its municipal centre, with a new Shire Hall completed in 1865. This fact contributed to Linton's remaining an important town in the region long after the gold ran out. Although Linton was always regarded as a steady producer of gold up to the 1880s, production declined into the twentieth century. The town's largest ever official population was 1,969 people recorded in 1861. 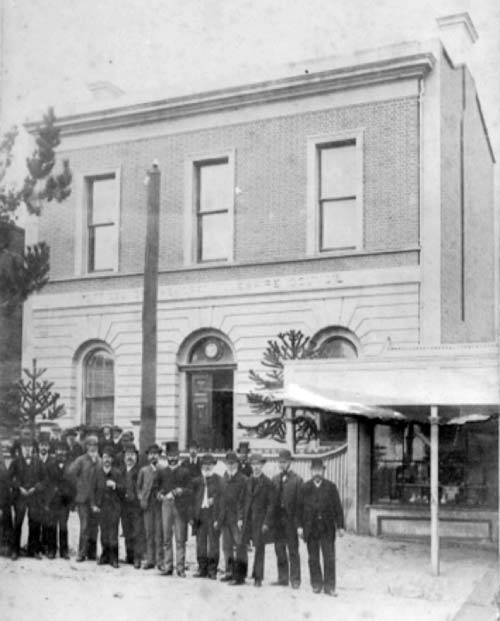 In 1900, Linton was still the biggest town in the then Grenville Shire, with a population of 630, and was the business centre for the rich grazing and agricultural country surrounding it. It was listed as having a savings bank, post and money-order office and telegraph station, agencies of four insurance companies, a Shire office, state school, four churches, a court-house, a weekly newspaper, mechanics' institute (with library of 2000 volumes) and five hotels. It also benefited from being the terminal railhead for the surrounding district, following the extension of the railway from Ballarat in 1890.

However, two World Wars and the 1930s Depression took its toll on the town, with a loss of population, exacerbated by improvements in road transport and the centralisation of industry in Melbourne. Many of the old buildings in town fell into disuse or were demolished or replaced by more modern structures. And in the late-twentieth century, Linton, like many Victorian rural towns, suffered from further cutting of government infrastructure and private sector services.

However, the last twenty years have also seen an influx of newcomers to the town and the nature of the population has altered so that it now consists of an increasing proportion of retirees, 'weekenders' and people seeking a lifestyle 'sea change.' In 2012, although many of the old buildings have disappeared, Linton is more aware of its history and is striving to preserve its built heritage.